The 2021 G7 Summit has led to many members of the public to use it to gain publicity for issues that they are passionate about. This has been supported by the police, in fact one of our young journalists spoke to Jo Hall the Superintendent and she said, ‘all peaceful protests are encouraged.’ An example of this is the paddle out protest that was set up by Surfers against sewage.

However, not all protests have been peaceful.

The McDonalds in Falmouth was disrupted by a group of protesters, they were protesting against animal cruelty and the importance of animal’s safety. We spoke to someone who was present, he said that ‘they all sat down at different tables’ and ‘said they were eating in.’ But after a brief time one of them ‘jumped onto one of the tables’ and was shouting and chanting about animal cruelty. Later, more protesters arrived, and they brought drums with them and were beating them whilst singing and playing other forms of music. They ‘blocked off the drive thru and car park’ stopping people from entering and ordering.

The protest started at 12.00pm and ended just after 5.00pm as the police were called to break it up.

McDonalds have had issues before with the food they sell, as people often question whether they are produced under safe environments for the animals. 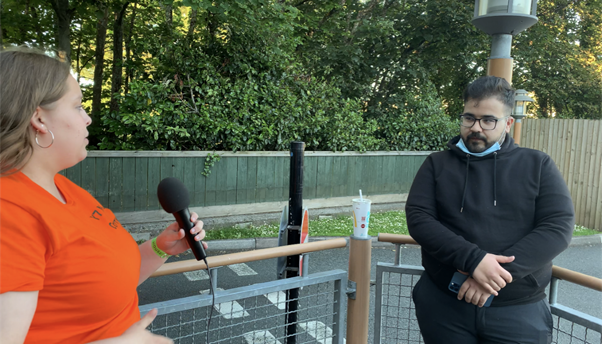