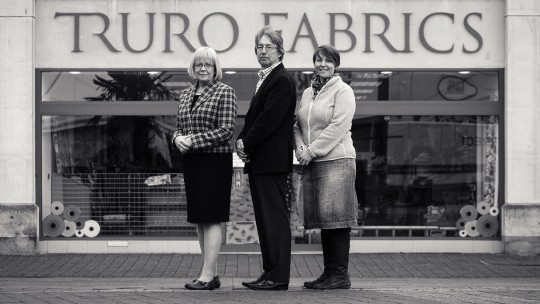 In his workshop, he had threads galore.

Silver threads, with which he made moonbeams

Invisible threads which he tied from one heart to another, like a tightrope, and along which love danced,

Threads of pure light with which he sewed the robes of the sun,

Threads of truth with which he made tiny nets to catch lies,

And many, many more…

He had scissors which could cut water to make strips of rippling silk,

And pins with which he pricked the cloth of night, to let the silver heaven shine through.

Sometimes, when his work was done, the tailor would take down his favourite thread, the thread of happiness, and begin to sew.

What was he making, you ask?

A collection of little bags.

Some were made of the purple twilight and filled with stars, like silver coins to spend on dreams.

Others were embroidered with perfumed thread, covered in pretty flowers and filled with the cool summer breeze.

Some were filled with words which flew out when you opened them, to whisper secrets in your ear.

And others were filled with wishes, fluttering like butterflies…

The tailor spent many an evening making these bags, and soon the King got to hear of them.

“I want one!”He said. “I’m the King. I’ve got everything. Why haven’t I got a bag of happiness?” And he rushed off with his servant to the tailor’s workshop.

“Choose one, then” said the tailor, and he showed the King the vast array of exquisite bags.  The King’s favourite was a bag embroidered with sweet smelling fruit trees whose leaves rustled in an invisible wind.  In the branches of one of the trees was a tiny bird with golden feathers.

“Oh, I’ve no time for that now!” said the King.  “I want to take this bag home and put all my valuables in it.”

He hurried off back to the palace and ordered his servant to fetch his jewels. The servant returned with a treasure chest.

“Shall we listen to the song?”  He suggested.

“No! Let’s fill the bag first” said the King, taking handfuls of coins and precious stones and putting them in.  When the bag was full, he stood back.

“Well, singthen!”  He ordered.  From the bag came a muffled sound.

“That’s not a song. How ridiculous! It’s not a handbag of happiness at all – take it back!” spluttered the King.

“Hcum … may I suggest, perhaps… Just an idea…” said the servant “That you’ve stuffed the bag too full?  We could try taking something out?”

“Hmm” said the King, pausing for a moment and lifting the bag. Yes, it is a bit heavy. Well, we could take one thing out.  So he took out the smallest coin.  As he did so, out soared a tiny note. It was scarcely audible, but was the sweetest sound you’d ever heard.

“What was that?” said the King, stepping back in surprise as the echo drifted into silence.

“I do believe it was a note.” said the servant.

“Well, maybe if we take out one more thing?” suggested the servant.

“Ok.” said the King. “I’ve got plenty here.” And he removed a small ruby ring.     Out soared another note, this time more beautiful than the last.  The King gasped.

They took out another coin, and another and musical notes soared.  The King clapped his hands in delight.  In the end, he was so excited he tipped up the bag and poured out the remaining treasure.  As he did so, music filled the air. The bag was empty but the air was full of song. He listened.

“What about the treasure, your majesty?” said the servant. “Is it safe to leave it

scattered about the floor?”

“Oh, take it.”  said the King. “ I don’t need it any more. This is my treasure. Never before has my heart been so full.”

So the King’s wealth was shared amongst the kingdom. All the people were happy, but none so much as the King, with his little bag showing embroidered fruit trees whose leaves rustled in an invisible wind , and in whose branches sat a golden feathered bird, singing.