Cornwall is famous for it’s beautiful views and delicious pasties but it is also home to many areas of scientific, political and cultural excellence. I want to highlight these fascinating assets and prove that Cornwall means more than just Poldark and a pasty. 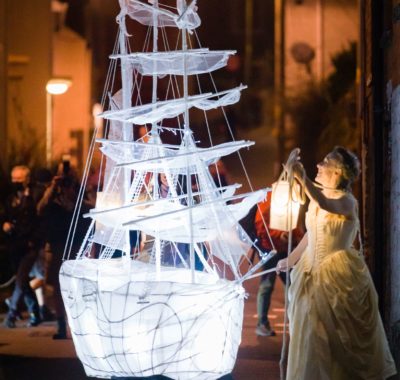 Cornish culture is unique and exciting thanks to extraordinary theatre companies such as Wildworks, Miracle and Rogue as well as significant landmarks like The Minack Theatre, St Michael’s Mount and Land’s End. The Minack theatre was built in 1932 by Rowena Cade and two local men. It hosts bands and theatre companies from all around the world including the Levellers and Kneehigh. The theatre, open air and built upon a cliff, allows audiences and actors alike to admire the spectacular views and wildlife. The offers an utterly unique opportunity to experience this, all whilst enjoying quality performances. This theatre is a perfect example of architecture which works with the environment;  built by hand and carved beautifully into the side of a craggy cliff. The Minack serves as an incredible example of magnificent venues that can be built in an environmentally sustainable fashion.

A significant aspect of Cornish culture is our male voice choirs. They have been around since the late nineteenth century and still share their voices with the pubs and festivals of Cornwall. Their voices heard rising across the cliffs and through villages across Cornwall.Originally, these men  worked down mines or at sea and many of their songs are inspired by that work. Now, these groups are made up of ordinary men who enjoy traditional Cornish music, dedicated to keeping this important tradition alive. Many Cornish towns and villages have their own male voice choirs that consist of all ages and abilities who perform at local events. Hopefully, generations to come will be able to enjoy these choirs and our Cornish traditions will continue to thrive. Their songs highlight the rich, gritty heritage of Cornwall as well as the romance of the sea.

This inspiring place is not just all about the arts; Cornwall is also full of exciting new technological developments. One such project is Spaceport Cornwall in Newquay, which has recently been backed by Prime Minister Boris Johnson. They are experimenting with horizontal launches which involve the space craft launching similarly to a plane, before dispensing small satellites whilst in orbit. They plan to use the data from these satellites in a way which will benefit the environment and have therefore partnered with organisations such as  Carrak Consulting. This company aim to understand mining related pollution in river catchments by using a remote sensing technique, aided by the spaceport satellites. Space travel usually has a negative impact on the environment however Spaceport Cornwall aim to limit that harm and support companies who will use their data to promote sustainability.

It is impossible to mention Cornish technology without mentioning the Porthcurno Telegraph Museum. The first international telegraph cable was brought to Porthcurno and connected Britain to Gibraltar and Mali. The cable allowed telegraphic communications between the countries and paved the way for overseas connections as well as improving the rate at which Britain could send messages to India. Previously, communications with India could take over six weeks however, with this new telegraphic system, messages would only take nine minutes.

If you visit Porthcurno today, you will find a museum with information and exhibits relating to the development of telegraphic communication. This is an experience which teaches people about Cornwall’s achievements and history.

Our county means so much more than the tourism we enjoy; it is home to great innovation and creativity as well as fascinating history. After the G7, hopefully the world can remember how special Cornwall is and how much we have to offer.