Shout it Loud! Olivia Lowry reflects on her time with The Writers’ Block

This week we are SHOUTING IT LOUD for Olivia Lowry. Olivia leads our Young Writers workshop and is a member of The Story Republic team. Her love of words enthuses the young writers and her confidence in performing has led even the shyest to stand up and read their work, or even sing a song! She’s written stories for us that have been animated or turned into postcards and postered around villages! We want to say a HUGE thank you to Olivia for all her creative and enlivened offerings. Read what Olivia says about her time with us: 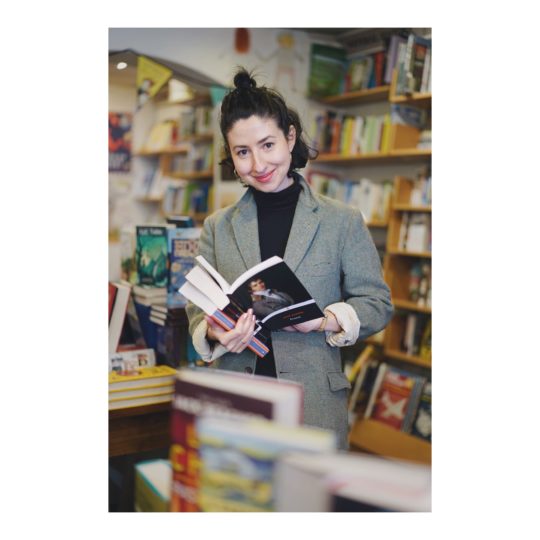 ‘In our third writing workshop, one of our young students brought out a new fountain pen. He still kept the pen in its box and handled it with absolute reverence. He smiled and told us that his Grandad had bought it for him to congratulate and encourage him to keep writing. He unscrewed the lid, bent his head and started on our first exercise. He was blithely unaware that I had to take a gulp of the cold dregs of my coffee to hide the joy and emotion that caught in my throat.

One of the principle hopes of The Writer’s Block was always to inspire the ‘reluctant writer’, who more often than not, are teenage boys that have lost confidence and interest in writing and literature. A lot of the workshops done at The Writer’s Block are with schools and are incredible at breaking through this inertia that creeps in and blankets around so many young people. The consequences of which can be diverse and far reaching in their lives.

The Young Writer’s Workshops that Casey Bottono and I lead are not often with the schools but with young people who participate on a Saturday. That alone impresses me. As an introvert and as a teenager, the thought of joining any extracurricular activity on a weekend would have been abhorrent to me – why talk to people when I could be reading Harry Potter or re-watching costume dramas and eating super noodles?

I am endlessly impressed and amazed by the students who join each session. We also seem to laugh during every workshop, even our two hour zoom sessions. Their unique voices, perspectives, personalities and quips still shine through.

Growing up I used to think writers, poets, authors, actors, artists and professional creatives were all some sort of semi-mythical beings that had been handed a secret key into a secret club.  A club that seemed alien to me. Everyday on my way to school, I remember walking past a bright pink Miracle Theatre Van. I would stare at the van and wonder how on earth anyone got to be a part of something like that, something so colourful. The evidence that existed was right there, flamingo pink and parked in front of me. The mechanics of how to work as an artist remained invisible to my eye.

Yet, in every workshop and every moment that those students put pen to paper they are unlocking the key to that world. They are working as their own mechanics. Creativity is not a mythical thing. The magic in it is in action. To put your shiny new pen or chewed up old biro to paper and be willing to write. That is one of the boldest and bravest things you can do. That is being an artist.’