Tourism in Cornwall: Is there more for young people?

After being Deputy Mayor for two years due to the pandemic, Councillor Richard Pears has been elected as Mayor of St Austell. He is in his mid-thirties and is one of the youngest Mayors in Cornwall.

St Austell isn’t directly affected by the immediate consequences of the G7 summit, due to its distance from St Ives, however the long-term results will change its future. ‘This will have massive international repercussions’ was his first response to my asking of how this will effect Cornwall as a whole. An expansion on that was ‘it puts little old Cornwall, a small peninsula off the bottom [of the country], on the map’. This’ll lead to a huge increase in the numbers of global visitors we have and our Cornish economy, although ‘it’s not necessarily needed’ as everyone who lives in Cornwall knows all too well.

There are many positives to this summit, however, some don’t feel accordingly. ‘There will be protests highlighting particular issues’ which already, only a day into the G7, we can say is accurate. However, in the opinion of Cllr Pears ‘protesting meetings between countries is really silly as these meeting put a light on global issues.’ I hope results to these issues are decided on. 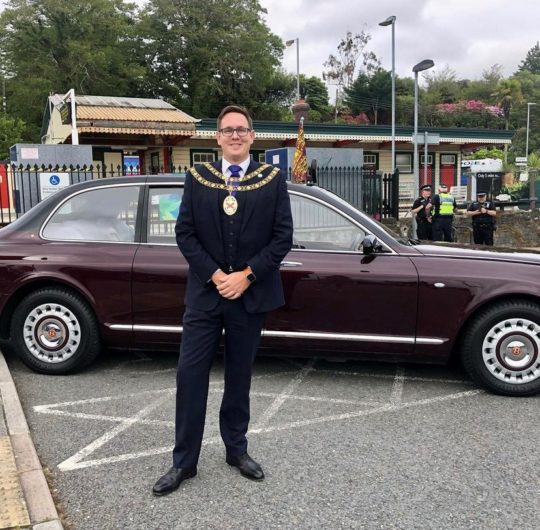 Cornwall is a beautiful place, quite possible the most gorgeous place in the country! And although we are known for our pasties, beaches and the ideal tourist destination in the UK, there is more to our wonderful county than that. We are more forward in technology than most expect. ‘We have the first horizontally launched space port in Europe and this shows to the young people of Cornwall that there is more career options for them than just tourism!’ explained Richard.

I also spoke to an intern at Spaceport Cornwall and asked about how this will positively effect Cornwall, she said, ‘this is a brilliant opportunity to get young people involved in science and space’. It is however quite a controversial topic; many disagree with the effects it will have on the environment. Spaceport are ‘doing everything they can to make it as environmentally friendly as they can’. This will add to the Cornish economy massively and to reiterate what Cllr Richard Pears said, it will show young people of Cornwall that tourism isn’t their only career option.