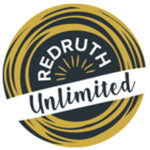 Redruth has so many stories to tell and we want to hear them! The Writers’ Block is planning an exhibition of the stories behind the objects that we collect in our homes.

On 5 March, St Piran’s Day, you are invited to find The Writers’ Block stand on Fore St near the Tinner’s Hounds. Bring along your treasures or everyday objects and share their stories with our writers as part of Stories of Stuff: The People’s Collection Redruth.

The project is based around an exhibition of the stories behind the objects that we collect in our homes. The Writers’ Block are inviting people to come and join their writers and storytellers and share the stories of the objects that have meaning for them.  The objects need not be valuable, but rather just hold a story of some kind, from a sentimental, memory-laden item, to an object found in a pocket or purse. If your object is large, just bring us a picture of it. The stories that are collected will then be written up and form part of an exhibition later in the year, capturing the diverse stories that stem from the lives lived in Redruth.

Tori Cannell from The Writers’ Block said, “Redruth has so many stories to tell and we want to hear them.  We are really excited to meet people and hear the tales behind the objects they bring us. And don’t worry, we’ll have a photographer on hand to take photos of the objects people bring so they don’t have to leave them with us. What we are really interested in is the stories of the objects themselves.”

The Writers’ Block is Cornwall’s creative writing centre soon to be resident in the Old Library in Redruth. Its mission is to enable children, young people, emerging writers and the Cornish community to find their voice, tell their story and be widely heard.

Stories of Stuff – The People’s Collection Redruth has been made possible with funding from Redruth Unlimited programme funded by Historic England.

ALSO – Look out for The Story Republic who will be performing stories and songs around Fore Street, The Buttermarket and Kresen Kernow during the day.