The picturesque and natural landscape of Cornwall has been transformed into pop-up villages, iron fences, gates with a multitude of police vans, cars and even boats. Seven of the most powerful leaders in the globe will meet at

Carbis Bay while the world’s media, based in Falmouth, report on the decisions they make. The question is, however, why did Boris Johnson choose Cornwall? What will Cornwall get out of the G7? Will the seagull’s pest the world leaders as much as they pest us locals? And finally, why did they not choose Zoom?

Over 5000 extra police officers have been brought to Cornwall from all over the country, coming from as far as Scotland. To the locals, the added police presence has had a paradoxical effect, with people reporting feeling more on edge as the number of officer’s increase. People in rural areas are, understandably, simply are not used to being surrounded by officers and seeing armed police outside of the local Trago Mills. While security is paramount for one of the biggest logistical operations in the world, residents argue that a more subtle approach would have been more effective. Instead, on your early morning drive to work, or ‘relaxing’ evening stroll you are constantly reminded of the danger our county is actually in.

Furthermore, Cornwall is not used to events like these. While we all love the Oyster festival, the G7 summit is certainly in a different league in terms of meticulous planning. Our tiny, windy country lanes are not exactly suitable for Bidens iconic ‘The Beast’. Nor are they particularly ready for the added volume of traffic from journalists, tourists and security vehicles. Another worry of the Cornish people is that we have only one hospital. Only one hospital which all year round struggles to keep up with the demand of residents alone, let alone the influx of journalists and added pressure of having to treat a leader if something calamitous happens.

People are also annoyed at the leader’s apparent lack of care towards the environment despite their claim to make it a top priority. European leaders are flying in and out daily, Boris Johnson flew to Cornwall when a train is a more energy efficient choice, and US President Joe Biden has brought over his helicopter to transport him around our county. It is actions like these which make people question the authenticity of the leader’s claims. I spoke to students at Falmouth School about the matter and Year 10 student Farrah It’s hypocritical to claim you are pro climate and in the next breath take excessive, harmful transport methods to go to a meeting that’s supposed to help our planet”. A pair of Cornish residents who have lived in Cornwall for 43 years agree with the younger students, condemning Bidens choices saying, “The carbon footprint is huge, I believe Mr Bidens convoy was 30 vehicles”. As always, actions speak louder than words and the actions are not equating with the words of the mighty G7.

However, the reception has been mixed and many do believe that this is a great opportunity to ‘put Cornwall on the map’ and encourage extra funding for the poorer areas of Cornwall behind the opulence of Carbis Bay. We live in a beautiful part of the world which should be promoted and showcased for its beauty. But I know that locals fear that with increased demand will come increased building. Already new housing estates are replacing fields, with the Wayne Homes development near Swan pool sparking major controversy. While everyone should be able to experience the idyll of our very own Shangri-la, we must not lose the heart of Cornwall, the nature of Cornwall, as a result. 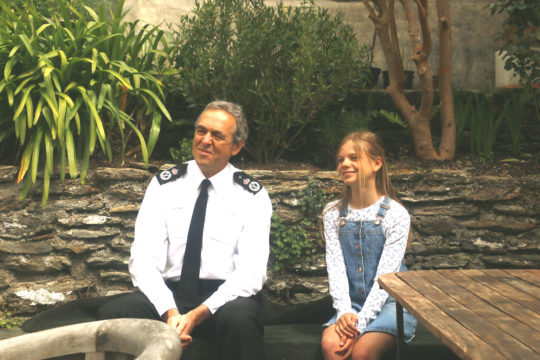 I spoke to the Chief Constable of Devon and Cornwall, Shaun Sawyer, one evening during his patrol of Falmouth town and he is of the opinion that Cornwall was the right choice for hosting the event, saying that “All the big events, even globally, go to London, Paris, New York”. He suggests that leaders should look outside of urban areas to allow politicians to “see that cities don’t define society”.  He said that in terms of investment, “We’ve got brilliant young people here… so potentially there will be some money coming into Cornwall, I’m working with Cornwall Council and I know that’s part of their bid for the G7.” Cornwall would benefit greatly from extra investment, to help Cornish people and business thrive. House prices go up and up and young people simply can’t get onto the housing market, so extra investment would be amazing, and an undeniable benefit of the G7. The seagulls will benefit too, one (or two) lucky gulls may be able to brag that they have swapped the ice cream out of Joe Biden’s hands. Someone ought to teach them to ‘duck and cover’ when eating a Treleaven’s ice cream! 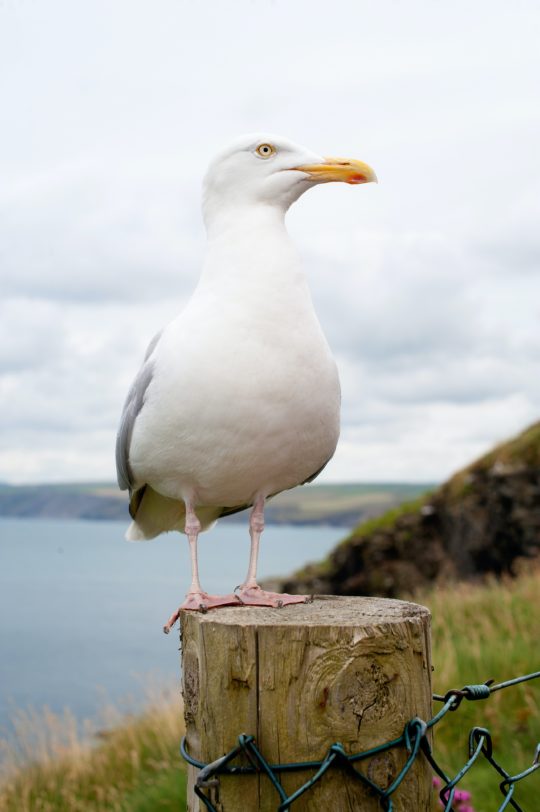